Not familiar with your retirement plan Rules? Meh, what’s the worst that can happen? 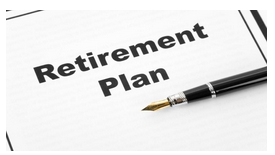 Nobody likes unpleasant surprises, and we’re going to help you avoid one today by discussing some differences between company retirement plans and IRAs. When saving for your retirement, the two primary places where people save their money is either with an employer sponsored retirement plan, like a 401k, or an individual retirement account (an IRA).

Specifically we are going to illustrate some differences in rules between employer plans and IRAs. Did you know there were differences? Don’t feel alone, most people don’t. In this case, what you don’t know CAN hurt you. Read on…

Company retirement plans, like your 401k plan at work, are governed by a set of rules under the Employee Retirement Income Security Act - that’s a mouthful, so let’s just call it ERISA! When you think of ERISA, think company sponsored retirement plans.

IRAs however, are not covered under the rules of ERISA. They are individual plans, not employee plans. IRAs have their own set of rules they must follow, this is very important.

Now stay with me on this as I’m going to tell you about a court ruling from 2011 involving these rules:

Leo Kidder was a participant in a 401k plan. After his wife Betty died, he updated his beneficiary form naming his 3 children as beneficiaries. Then, Leo decided to get remarried to Beth Bennet Kidder.

Six weeks after their marriage, somehow…Leo…dies! Now, now, it was just a coincidence!

Now remember, the money is still in his 401k plan, a corporate plan, which falls under ERISA rules. And under ERISA, the surviving spouse must be the beneficiary of the ERISA covered plan, UNLESS you get a spousal waiver in writing – which Leonard did NOT do. Houston, we have a problem…

Leo’s children claimed that as the named beneficiaries clearly on the plan’s beneficiary form, they were entitled to the plan money. Wouldn’t you think the same thing?

The court sided with the ERISA rules. They ruled that because it is an ERISA plan, it must follow ERISA rules – a huge GOTCHA! The children lost and the surviving wife of only 6 weeks walked away with everything! This really happened!

With an IRA there would have been no spousal waiver required and this would not have happened, because an IRA is not an ERISA plan.

This doesn’t mean ERISA is bad, ERISA is good and it’s for the employee’s protection. It’s just means that there are different rules and you need to be careful! Retirement plans and IRAs are very complex with many rules involving beneficiaries and taxes - just daring you to make a mistake. That’s why we tell people all the time that retirement accounts are different. They don’t play well with other accounts, not with trusts or estate plans; they are gorged like an overfilled balloon with money that will one day be taxed. Any little mistake can cause it to explode prematurely with taxes and possibly penalties – this is no joke!

Don’t let something like this happen with your retirement plan. Retirement planning is our specialty and we are very good at it. If you need help in this tricky area, call us at 815-455-6453. Thank you for reading!