Exceptions to the Early 10% Withdrawal Penalty for Retirement Plans 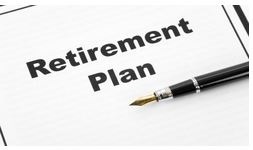 When it comes to retirement plans, people sometimes would like to access their money before they retire. But if taken too early, or in the wrong way, taxes as well as a 10% early withdrawal penalty can occur. You know the old saying about death and taxes. We are going to look at some of the rules for withdrawing funds from IRAs as well as employer plans. In particular we will be talking about the exceptions to the early withdrawal penalties to these plans.

What happens if you try to take money from these plans too early or for the wrong reason?

You will most likely pay an early 10% distribution penalty imposed by our favorite charity, the IRS. Now keep in mind, you’ll never get out of paying the regular tax, but you might be able to avoid the early 10% penalty.

Now, we would like to remind everyone that your retirement funds are to, well, fund your retirement! Not to be withdrawn and consumed early – unless of course you plan on moving in with your kids. Besides, taking out your retirement funds early is very inefficient because you will most likely pay early withdrawal penalties along with regular income tax – it gets pretty ugly, pretty fast. Ok, now that the ‘It’s for your retirement lecture’ is out of the way, what are the exceptions to the early penalty?

The exceptions for the 10% early penalty comes in 3 categories (feels like a game show):

First here are the exceptions to the 10% penalty that apply to both company and IRA plans:

Exceptions only for IRAs:

Here are the exceptions that only apply to IRAs:

For employer plans only:

You have to make sure you use the right exception for the right plan! The biggest mistakes happen for the first time home buyer and higher education exceptions.

Here is a simple example:

A school teacher withdrew $67,000 from her 403b plan. She then used the money for college education expenses. She paid the regular income tax but not the early 10% penalty because she believed the exception for higher education expenses applied to her retirement plan. It does not, so she had to pay the 10% penalty.

The 10% exception for higher education only applies to IRAs and NEVER to employer/company sponsored plans. Hopefully now you can better understand the importance of matching the appropriate exception to the appropriate plan. When it comes to retirement plans, there are many taxable booby traps if you are not aware of the rules! Remember, it’s always easier to avoid a mistake than it is to solve one! If you really want to avoid these costly mistakes, the easiest way is to call us and let us safely walk you through it.

Thank you for reading!