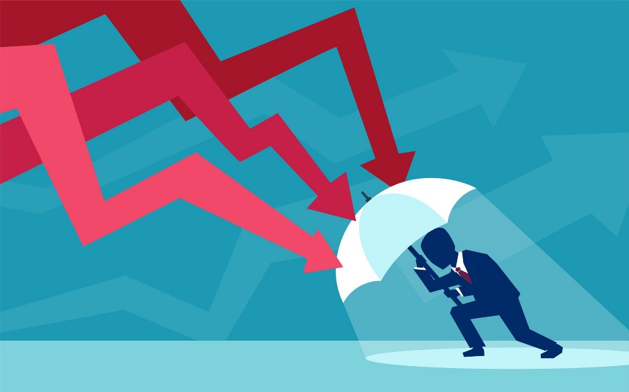 Diversification is Not Enough to Protect Investors Against Market Crashes!

For many decades, the status quo for management of an investment portfolio has been based around the notion that you diversify across many investment asset classes, and you ride out the market cycles and turbulence.  This is otherwise known as the buy and hold strategy.

The theory is that the diversification is supposed to help shelter the portfolio against the substantial losses that can come with a market crash.  The problem with this strategy is that it has not always worked in the real world. Diversification seems to only work in bull markets and not when you need it the most, which is in bear markets.  Here’s an example:

Let’s say you invested in 9 major stock asset classes that you’d typically see in a diversified portfolio, on January 2nd, 2003 which was right near the bottom of the 2000 market crash. This was one of the best times in history you could have bought stocks at bargain prices. And you held those stocks until October 9th, 2007, which was the top of the market before the beginning of the 2008 market crash.

From this market bottom to this market top, there was a 290% difference between the best asset class vs. the worst asset class.  Emerging markets was the best performer, growing 350% over this 4 year and 9 month period, and the S&P 500 was the worst performer, growing 60%. Although all returns were positive over this period, there was a huge difference in returns between the best and worst performers, but that’s was the price you paid to stay diversified.

Starting the next day, October 10th, 2007, the market went into a crash and it bottomed in March of 2009.  During the big downturn, those same 9 broad asset classes all collapsed together.  The difference between the best performing and worst performing asset class dropped to only a miniscule 15% spread, with the best losing over 40% and the worst losing almost 60%!  It went from a 290% spread in bull markets between the best and worst performer to only a 15% spread during the bear market, with all asset classes losing substantial amounts of money.  Diversification did not provide any real protection like it was supposed to based on the buy and hold theory.

That’s why our tactical investment strategy Advance & Protect doesn’t just rely on diversification to protect the portfolio, but uses a disciplined exit strategy to reduce stocks if the risk of a market crash gets too high.  In addition rather than diversify across all the investment asset classes, we only invest in the areas of the market that are showing growth and momentum and we stay away from the areas that are breaking down.

This is done with the help of good research with a proven track record. And the whole process is repeated quarterly. This process is intended to capture the benefits of long-term winners, without being dragged-down by the unnecessary inclusion of underperformers!

The result is a process that has out-performed the stock market over the last 20 years, while taking on less risk. The out-performance was achieved by having a sell discipline to reduce stock exposure when the market gets too risky, and also by the quarterly rotations into the areas of the market with stronger momentum and opportunity.

Remember, diversification alone is not enough to protect a portfolio from large losses in a market crash. You also need an exit strategy.