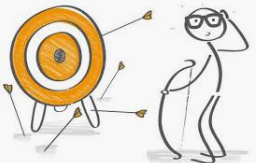 Buy & Hold Myth of Missing the Best Days in the Market

There is a very popular belief that if you get out of the market to avoid a crash with a system like ours, and it rebounds and you miss even just a handful of the best days, it could cut your returns in half and cost you a lot of money.

For example, there was a study written up in the Financial Planning Journal.  What this author did was cite a study that showed if you put money in the stock market in one of the best 15-year periods in stock market history, which was January 1, 1984 through December 31, 1998 and left it alone, you would have averaged almost 18% a year, which is pretty impressive.

He then went on to show that if you missed the best 40 days out of this 15 year period, your annual return per year dropped from almost 18% per year to about 8.21%, cutting your return more than in half. The conclusion according to this author is if you’re out of the market following an exit strategy to reduce stock market risk, and you miss some or all of those best 40 days, you could reduce your rate of return dramatically.

It’s well documented that bear markets are characterized by substantially higher volatility than bull markets.  Historically, approximately 80% of the best and worst days occur when the market is crashing and that’s exactly the worst time to be invested in the market.

Therefore, proponents of the “best days” argument are in effect saying that in order to get the benefit of the best days, you must be fully invested during bear markets, since that’s when the majority of the best days occur. If you followed that advice during this 19 year period we’re analyzing, you would have rode down a 49% and a 57% market crash during that stretch and had to wait years to get your money back.

To give a simple example, the single best day in the stock market in the last 15 years was October 13th of 2008. Right in the middle of the second worst stock market crash in history. The market went up on that day, 11.5%. Now let’s say you were out of the market on that day.  The people who believe in the Buy and Hold myth would say, “see by being out of the market it cost you 11 ½ %”.

However, two days later we had the single worst day in the stock market in the last 15 years where the market dropped over 9%. So by being out of the market on the worst day you avoided having your account fall 9%.

Most of damage that was done by missing the opportunity to make 11 ½% was neutralized by the positive impact of avoiding losing over 9% two days later.

And remember if you miss BOTH the best and worst days, your returns are usually better than if you were in the market all the time, and you also avoided a lot of crazy, wild fluctuation.

The content is developed from sources believed to be providing accurate information. The information in this material is not intended as tax or legal advice. It may not be used for the purpose of avoiding any federal tax penalties. Please consult legal or tax professionals for specific information regarding your individual situation. The opinions expressed and material provided are for general information and should not be considered a solicitation for the purchase or sale of any security.