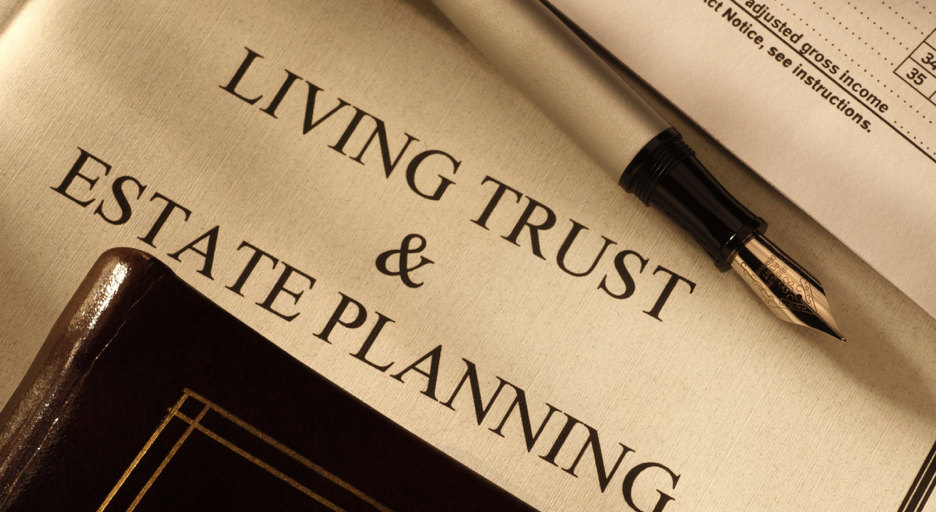 Avoiding the Headaches of Separate Trusts for Married Couples

A revocable living trust is usually the best way to pass your assets to your heirs after you’re gone.

Unlike a will, assets titled in a revocable living trust avoid both the time and expense of going through the probate courts, and keep your financial affairs from becoming a matter of public record.

And like any good estate plan it can be used to plan for the possibility of your being incapacitated, reduce or avoid any death tax, make sure the right heirs get your assets after you‘re gone, and it does not change the tax treatment of your assets while you’re alive.

A married couple has a choice of setting up either a joint trust or separate trusts.

However, there are situations where separate trusts will be a better choice.

Separate trusts may offer better protection from creditors, if this is a concern.  For example, at the death of the first spouse, the deceased spouses trust becomes irrevocable, which makes it harder to access by creditors. And yet the surviving spouse can still access it for income and other needs.

In cases where a spouse wants some or all of their assets to go to other heirs besides the surviving spouse, separate trusts may be a better solution.

A common example is when one of the spouses has children from a previous marriage and they want to provide for their spouse, but also make sure their kids eventually receive the funds.

They could set up a Qualified Terminable Interest Property trust which would allow them to leave assets for the surviving spouse to provide them with income, while the balance of the funds are held in trust until the surviving spouses death, at which point they’re paid out to the children from the previous marriage.

Separate trusts can be used to reduce or eliminate death tax.

However, there are 12 states, plus the District of Columbia, that have a state estate tax, and another 6 states with an inheritance tax.

Assuming you live in a state with a death tax, if your net worth is above the state's exemption level, your heirs could be subjected to this tax.

That’s when separate trusts as part of a credit shelter trust, would allow the spouses to double their estate tax exemption, resulting in reducing or completely eliminating this death tax.

When a Joint Trust May Be Better

Assuming you have no creditor concerns, both spouses want all the assets to go to the surviving spouse, and state death tax will not be an issue, a joint trust may be the way to go.

A joint trust is easier to fund and maintain during the couple's lifetime.  They don't need to think about the hassle of equalizing the value of each of their separate trusts or trying to decide what assets to title in one trust or the other, since everything goes into one trust.

A joint trust does not become irrevocable until both spouses have passed and therefore eliminates the need to file an extra trust tax return.

With separate trusts, at the death of the first spouse that spouse’s trust becomes irrevocable and a separate trust tax return must be filed each year, which generates extra cost and can be a nuisance.

A joint trust is not subject to the much higher trust tax brackets, since it does not become irrevocable at the death of the first spouse.

On the other hand any investment or interest income generated in an account titled in a deceased spouse’s trust, since it is now irrevocable, will be subject to trust tax brackets, which will trigger more tax for the surviving spouse, if the income isn’t taken out by December 31st of each year.

This will make it difficult for the surviving spouse to compound or reinvest the income into the same investment, since if it’s is not pulled out of the account by year end, in most cases, it will trigger a significant amount of extra tax.

In a joint trust, after the death of the first spouse, the surviving spouse has complete control of the assets since an irrevocable trust with its restrictions is not created.

When separate trusts are used, the deceased spouse’s trust becomes irrevocable at their death, and the surviving spouse has limited control over these assets, typically restricted to withdrawals for health, education, maintenance, and support.

If a piece of real estate, like a house, is titled in a joint trust and a surviving spouse sells the house with the intention of using the sales proceeds as a down payment for another house, any lender would be happy to loan them the money as long as they had reasonably good credit.

On the other hand if the house is titled in a deceased spouses trust, the surviving spouse may have difficulty finding a lending institution that will make them the loan since the house would be titled in an irrevocable trust.

This is because irrevocable trusts provide very strong protection against creditor claims which will make it hard for the lender to secure its loan with a lien on the property and foreclose if there’s a default.

In many cases a joint trust may not be appropriate, but on the other hand, if the advantages of separate trusts are irrelevant to you and you don’t mind the surviving spouse getting the money, don’t volunteer for the unnecessary headaches of separate trusts.

This article is for informational purposes only. This information is not intended to be a substitute for specific individualized tax, legal or investment planning advice as individual situations will vary. For specific advice about your situation, please consult with a lawyer, tax or financial professional. The information contained in this report does not purport to be a complete description of the securities, markets, or developments referred to in this material. The information has been obtained from sources considered to be reliable, but we do not guarantee that the foregoing material is accurate or complete. Any information is not a complete summary or statement of all available data necessary for making an investment decision and does not constitute a recommendation